The District is home to an array of talent that is comprised of the Canadian Opera Company, the National Ballet of Canada, Toronto Symphony Orchestra, Toronto Blue Jays, Toronto Maple Leafs and Toronto Raptors.

Canada’s premiere home of cinema, TIFF Bell Lightbox, a cultural organization with a mission to transform the way people see the world through film.  Cycling is one of the fastest growing transportation modes in Toronto, TIFF actually offers ‘bike valet parking’.

Combined with its easy accessibility for audiences, led to a trickle and then a steady flow of nightclubs into the area, which became unofficially known as the ‘club district’.

Entertainment is in art like color in pictures.  Experience Canadian arts, culture and creative sector, a true favourite neighbourhood of the Gluzberg team.

High-energy days and nights.  Fascinating dramas every night of the week.

The Entertainment District has a growing population of 30,000 residents, 19 million visitors annually.

The cultural richness of the Toronto Entertainment District is immediately striking, buildings with distinct and defining characteristics. Beautiful and memorable streets and public spaces.

It is an area with layers of history and experience. Key to the District’s assets is its enviable location, ringed by the Financial District, the waterfront, Union Station, Spadina Avenue and the historic Queen Street West strip.

Former warehouses, relics of the industrial heritage of the King-Spadina area, in large part have set the tone for a significant area in the District. Former factory and railway buildings are now loft offices, studios and gallery spaces, restaurants and entertainment venues.

In the first half of the 20th century, the most important industry was textiles and fashion in Toronto and the area had few residents.  The original name of the neighbourhood was the Garment District and it was almost wholly industrial.

Textile manufacturing in the Edwardian warehouses that line King Street West which today consists of bars and restaurants.

Manufacturing began to vacate the area leaving behind an array of heritage warehouses and factories that began to be converted.

Nightclubs and lounges began opening sporadically in the early 1980s before becoming the neighbourhood’s staple.

This neighbourhood is constantly evolving with new development.

Home to theatres and performing arts centres both traditional and cutting edge.  Some of the best suave night clubs in the city.

The entertainment district neighbourhood embraces a stylish and uber-trendy atmosphere which caters to its core demographic of young, hip urban professionals who are a bit adventurous with their tastes. New restaurants are constantly sprouting up, providing a variety of cuisines and fusion fare for the whole neighbourhood to explore. Gluzberg property management is active in this popular Toronto area.

Very popular spot for young professionals for both living and entertainment.

Housing in the entertainment district is in high demand. Renters are rewarded with a superb location and tons of great amenities. The location of the Entertainment District alone makes it a win in our books.

Best location in the city.  Many pedestrian street connections by foot between the District’s many attractions. 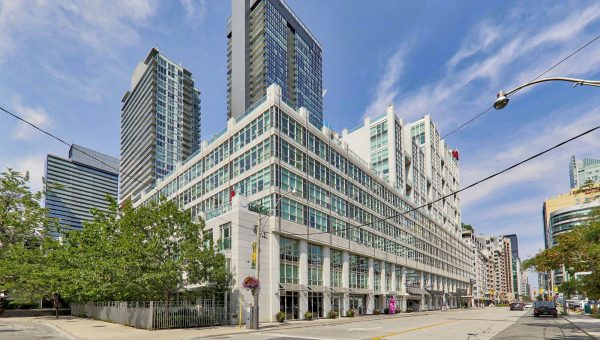